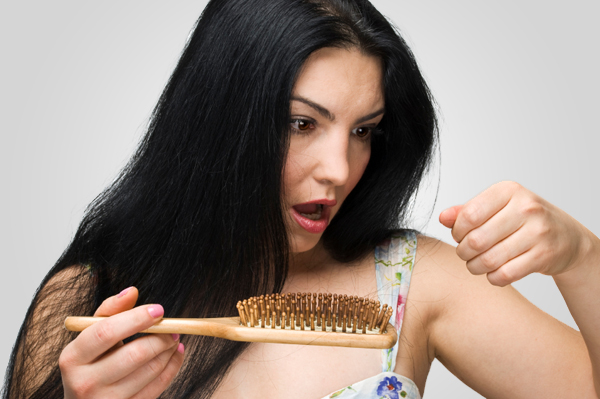 Even with the increased progress in the world of medicine, most doctors have been baffled with hair loss treatment for many years now. People react differently when they experience hair loss for the first time, but even if they don’t admit it, it can be a severe blow to their self-confidence. Additionally, hair loss in women can be even more devastating. The products are out there, thousands of methods offered for free online, and still it seems that no one really have won the battle with this natural process (with all due respect to rare exceptions). Some experts explain that the struggle to find cure for hair loss is due to the fact that this is, for majority of cases, genetic inheritance. And genes are hard to be played with. Even numbers confirm this – 90% of permanent hair loss cases derive from natural heritage patterns from either mother or father. It can be a 50-50 percent gamble.

Regardless, people are keen to win this fight and find a hair loss treatment that works for them. And today, all kinds of new products appear on the market- all claiming to have found the solution.

One successful solution for curing baldness is hair replacement. It is not a natural remedy, but rather a successful trend that focuses on replacing dead hair cells with hair from other parts of your body. The procedure is very complex and that is why only some can afford it. If you wonder how complex it is, think of thousands pieces of hair being replaced one by one. There are little dangerous consequences from this operation, but a professional advice from a surgeon is required in order to make the right decision.

One other trend of hair loss treatment that’s just starting to be implemented in hospitals is cell therapy. This method is known for its use in plastic surgery, but now is gaining growing awareness for disturbed young men and women who suffer from hair loss. Briefly described, this method consists of taking a small amount of your blood and placing it in a centrifuge where it is spun for a certain amount of time. By doing this, the growth factor proteins are separated from platelets, thus making them more effective in preventing active hair to start dying. After this step, the same blood is carefully injected into your scalp to start the effect.

Laser light therapy is somewhat similar to cell therapy as it is focused on enhancing the effect of proteins in stopping hair loss. Following this further, this treatment improves blood flow in areas of your scalp. This type of treatment has shown decent results – people who’ve used it, claim that it has stopped the process of loosing existing hair and in some cases, caused small regenerating effects.

In conclusion there are many methods offered on the market, but it is hard to recognize which are effective. It’s up to those who suffer from hair loss to try and find the one method that will work for them.