Warehouses tend to be large, which means they’re not as easy to light up. It can prove dangerous if warehouses are not properly lit, as it can cause human harm or material damage. However, that can be easily avoided by using high bay lighting. This type of lighting is LED, meaning there are a lot of advantages to using it, making it a very popular and useful trend. Hi bay lighting is also very practical, meaning it’s always recommended to be used in most, if not all, large spaces. Here are a few reasons why that is the case.

It’s common knowledge that the typical lightbulb is fragile, at least nowadays. That’s also often considered to be the case with standard LED lights, which is true to some extent, even though LEDs tend to be significantly long-lasting. However, hi bay lighting is practically indestructible because of the way it’s built, and it’s extremely long-lasting so there won’t be a need to replace the lights anytime soon. Not only that, but high bay lights are great for the eyes because they’re LED. You’ll never see any flickering or noise, and they turn on immediately. This ties into their durability because you can turn them on and off as much as you want and you’ll never notice a drop in quality or increase the risk of them breaking down. 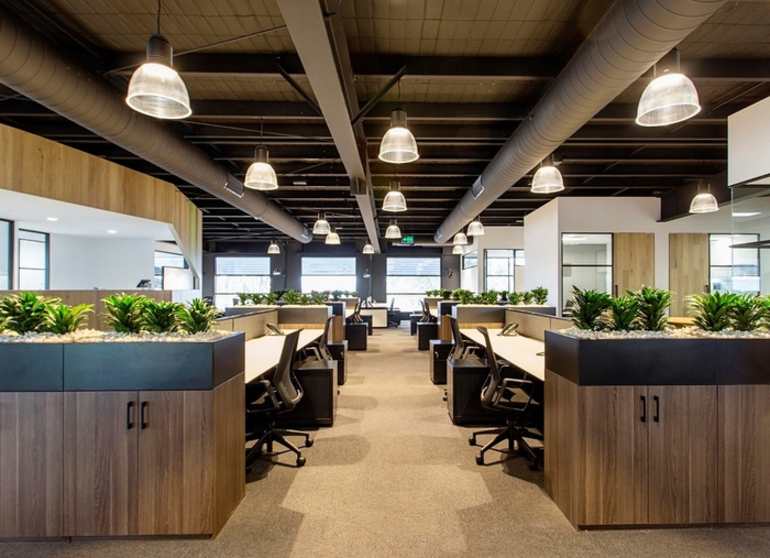 A general problem with most types of lighting is the added heat. Almost all lights tend to overheat after a while, and that heat can be released into the workspace, making it uncomfortable to work in, especially in the already warm weather. If you only have one light source it might not be as noticeable, but if you’re planning on using hi bay lighting, then chances are you’re planning to cover a larger space. Traditional lights heat up relatively shortly after being turned on, which means you’re going to have to spend extra on cooling. The no added heat factor plays a great role in general comfort too, because you’ll know that the area will always be sufficiently cool.

In short, LED high bays are very energy efficient. If something is energy efficient, it means it needs less power, which in business terms equates to a significantly smaller cost. Typical LED high bay lights tend to range between 95 to 495 watts, when in comparison, your standard HID lighting ranges from 175 to 1000 watts. That’s a significant difference in energy efficiency, meaning you’ll easily spend 40%-60% less on lighting costs with high bay lighting. If you combine the lights with smart sensors, in some cases you might see a drop in as much as 80% in lighting costs.

A significant problem with traditional lighting is that there’s rarely any light uniformity after a certain while. This means that the entire lighting system used to light up the area with the same intensity when it was installed, but now there are some parts that aren’t as well-lit anymore. That’s because typical light fixtures tend to lose on intensity after a while, which is absolutely not the case with high bay lights. On top of that, high bays lit up instantly and will never flicker or falter, so you can expect them to light up the entire area with full efficiency all of the time.

High bay LEDs are not only extremely durable, but they’re also quite low maintenance. That’s because of the way LEDs work in general, but also because high bays are designed to last a long amount of time. Most typical light sources tend to either stop working or seriously malfunction once the source starts degrading. High bay LEDs naturally progress through their lifecycles, meaning they very slowly degrade over time, which is already a very, very long time. So, functionally you get a light source that lasts a very long time, but also one where you won’t have to worry about replacing the minute its light output starts even slightly degrading.

If you own a warehouse, odds are you’re looking to install high bay lights. That’s because they were designed to be used in such industrial settings where safety, precision, and quality are the focus. They’re made to be adjustable at a moment’s notice without any drop in quality, meaning the workers will be able to adjust them based on their needs without it impacting anyone else. They’re also very safe to work with, and their nigh-indestructibility makes them the ideal choice for a place such as a warehouse.

Most people think of high bay lighting as something that can only be used in warehouses, but that’s not exactly the case. They’re great for use in the garage because of their excellent colour rendition and minimal glare, but they also don’t get easily damaged by the potential fumes and pollutants that tend to be present in garages. Coupled with the precise and high-quality lighting produced by high bays, you can get the ideal combination for a location such as a garage.

High bay lights have a great variety of usage and they’re very practical. If you’ve been on the fence about installing them due to being uncertain of their quality, then rest assured that they are currently the best type of lighting for most types of locations.