The early origins of the machete date back between 3000 and 1000 BC. Back then, this tool was closer to a sickle than to what it is today. Ancient Egyptians that used this sickle-shaped sword called it khopesh whilst the Greeks called it kopis. 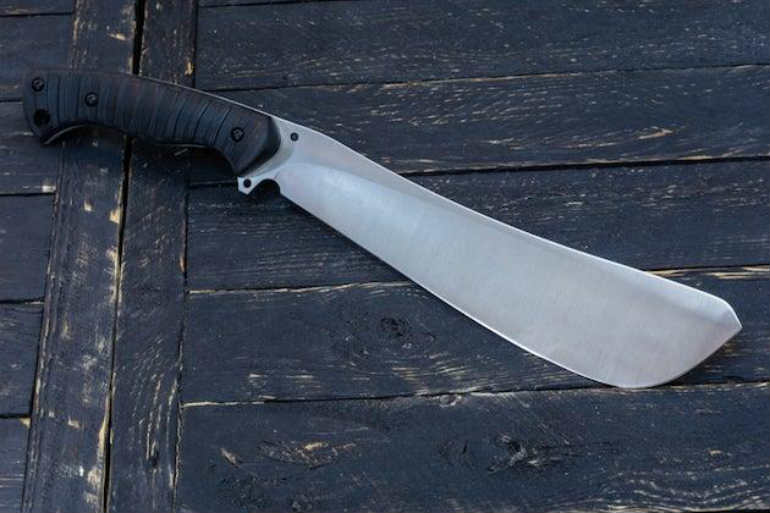 The very first machete was made in Spain and it was based on the aforementioned sword. The name means “sledgehammer” or “being manly” in Spanish. It wasn’t until the 18th century that machetes were made using iron smelting and metalworking and thus their mass production began.

The most successful machete manufacturer was the Collins Company as their machete design was of the highest quality. In 1941 Fredrick Ehram invented a lighter and more manoeuvrable machete which was adopted by horticulturalists, foresters and agriculturists. Machetes have been used in wars but also for more peaceful activities – there are camping machetes.

Are Machetes Legal in Australia?

Machetes are legal in Australia but as long as you are using them at home or have one stored in a protective sheath when carrying it. If you were to threaten someone with it, then you will get in trouble. 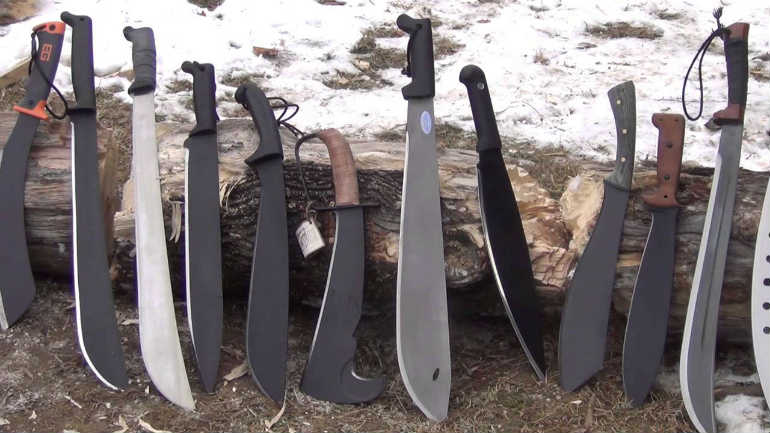 A bush machete is a Latin-style machete which has a straightback blade. This all-purpose military machete is evenly weighted and very portable too which makes it convenient for carrying around.

This machete is also known as a Golok machete as it has both the edge of the blade and spine curved upwards. Parang machetes are slightly weighted or evenly weighted. They are long and have a thick blade.

This is the bulkiest type of machete there is. A heavy machete like this is best for chopping tough and woody vegetation.

This type of military machete is an all-purpose blade used in central Asia. Also known as the Gurkha blade or Rawit, this is a versatile Nepalese tool thanks to the three different parts on the blade: the narrow space near the handle, the wide midsection and the pointed tip.

The Bowie machete is useful for hunters and woodsmen as it has a skinner tip which allows you to skin wild game. This machete has a clip point blade and it is named by Jim Bowie, an American frontiersman.

This is a Filipino machete which has a leaf-shaped blade that is only sharpened on one side. The Barong is also known as Rawit or Barung and it is used for livestock slaughter and hunting.

The Billhook is an ancient agricultural tool which was used to cut through vines. The blade on this machete has a small hook which is sharpened on the inner curve which can also grip brambles and vines. 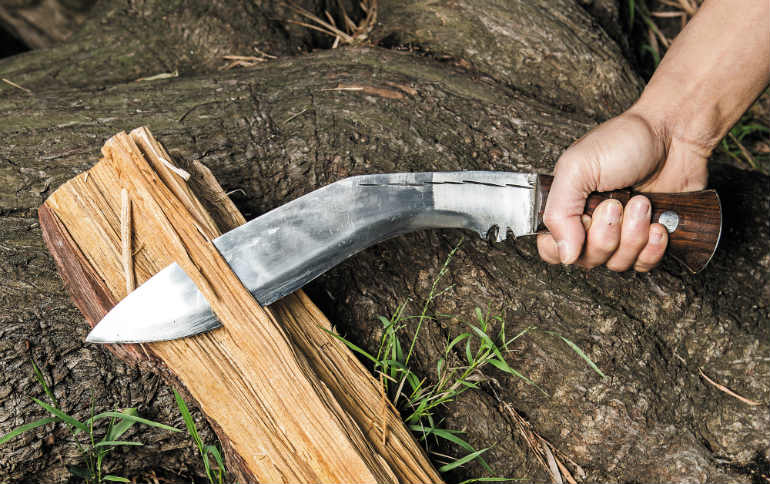 Depending on the type of machete you have, it can be used for chopping different objects. Wood isn’t the only object, food such as coconuts and other fruits can be split in half too.

With a machete you can easily carve, make incisions and coppice wood too. Wood coppicing is a process where you chop tree stumps in order to promote tree growth and shoots.

A machete can be used to break carcasses of large livestock and wild game too whilst being useful for harvesting fruits such as grapes and berries. You can also harvest sugar cane, rice. rye, corn barley oats buckwheat and remove dead plant residue too.

Obviously you can’t clean your house with a machete but you can easily clear a path by cutting off branches and dense vegetation. You can fend off wild animals or hunt them with a machete.

How to Safely Use a Machete 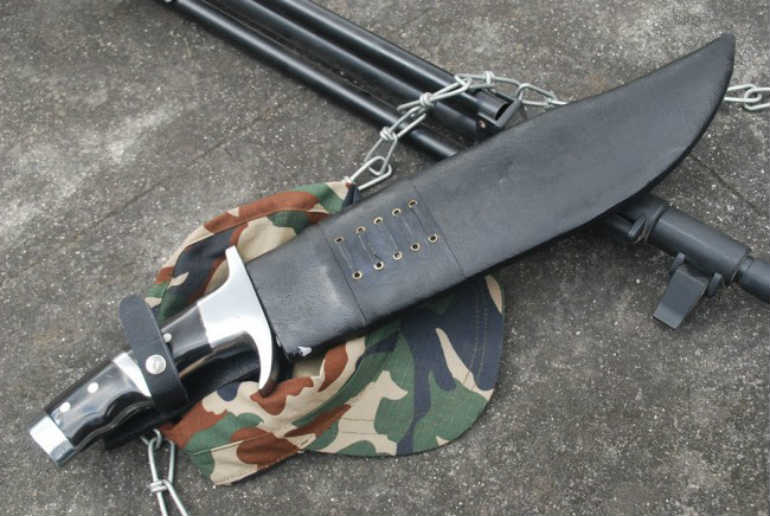 Many people think is that if you hold a machete quite tightly you’ll be better at handling it. That is entirely false as not only will your wrist hurt after a while but your whole hand will get tired easily. What you should do instead is use the pinch grip. This way you’ll be able to move and handle the machete in a more flexible manner. You just need to use your thumb and forefinger to hold the machete whilst supporting the flexible grip you’ll have over it with the other fingers.

The safest way to carry a machete is to have it placed in a sheath. You should have your machete tucked under your armpit with the blade pointing behind you. In this case, if the machete were to fall it won’t injure you.

When using a machete it’s best that you swing it by a 45° angle. This will not only give you good momentum, but it will also allow you to make the most out of the swing. Just make sure your machete is sharp and that you always lead with your elbow whilst flicking your wrist to make contact. You should bring your shoulder down and swing your whole arm down and let gravity do its thing. Always check that no one is around you when swinging.