Card and board games are the best way to spend quality time with your kids and remind yourself of the times when you were a kid just like them. Besides bringing you closer, board and card games are also known to increase brain function and reduce stress. So knowing this, grab a deck of cards and start playing!

Phase 10 and UNO Card Games Are a Must

The Phase 10 card game dates back to 1982. It’s similar and probably created based on a rummy type of card game. The point of this game is to complete 10 phase sequences. And of course, in order to win, you have to be the first one to do it. But wait. It’s not that simple. Each phase has to be completed in a specific way and according to the hand that is dealt. The minimum number of players is two while the maximum is six. If you’re a larger group of people, you can take turns. 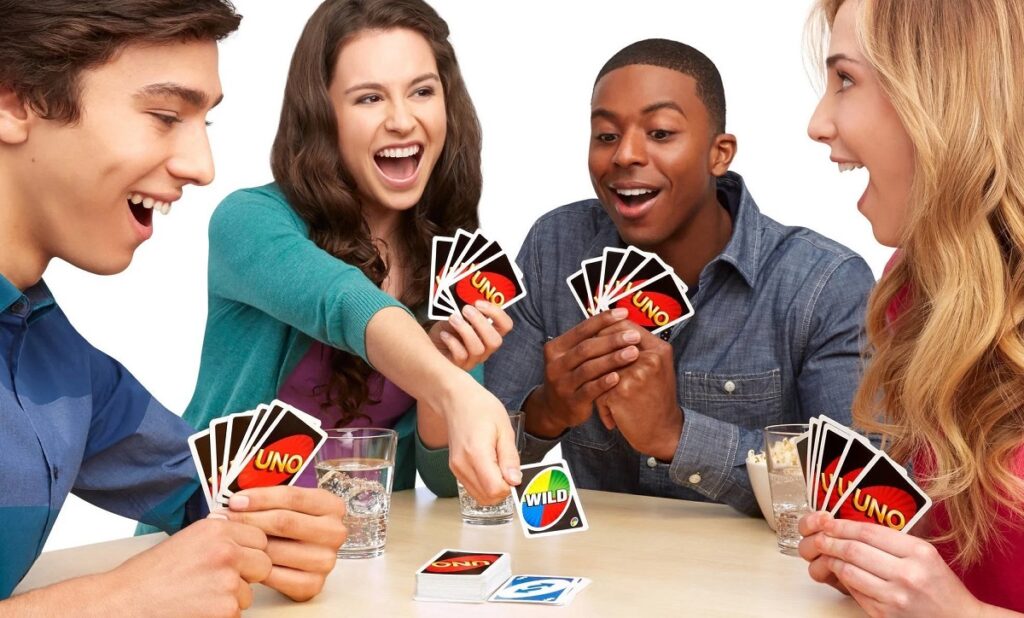 Phase 10 is suitable for kids older than 7 years and for adults too. Actually, family card games are the perfect excuse for parents to spend quality time with their kids. Sure, you can do that over a new movie and popcorn, but card games are much more fun and encourage communication and friendly competition. Plus, let’s not forget how beneficial playing cards is for healthy brain development and strategic thinking in kids. It’s also a great mental exercise for adults.

The UNO card game is a great alternative and one of the best family card games you can play. It even has multiple levels so that kids can play it still while growing up. Despite the standard design of UNO cards, you can find graphic UNO cards for kids with zoo animals suitable for kids starting from the age of 3! The point of this game is to get rid of all the cards you’re holding in your hand. But not so fast!

Sequence – The Abstract Strategy Board and Card Game

I am sure you’ve heard about the Sequence game since it is worldly popular and an addictive game that families adore playing. It’s a card game and a board game at the same time, the perfect mix of both worlds. It’s suitable for a minimum of two and a maximum of 12 players. The game is played by placing poker chips on the board that correspond to the cards played. And you should end up forming rows of five poker chips. 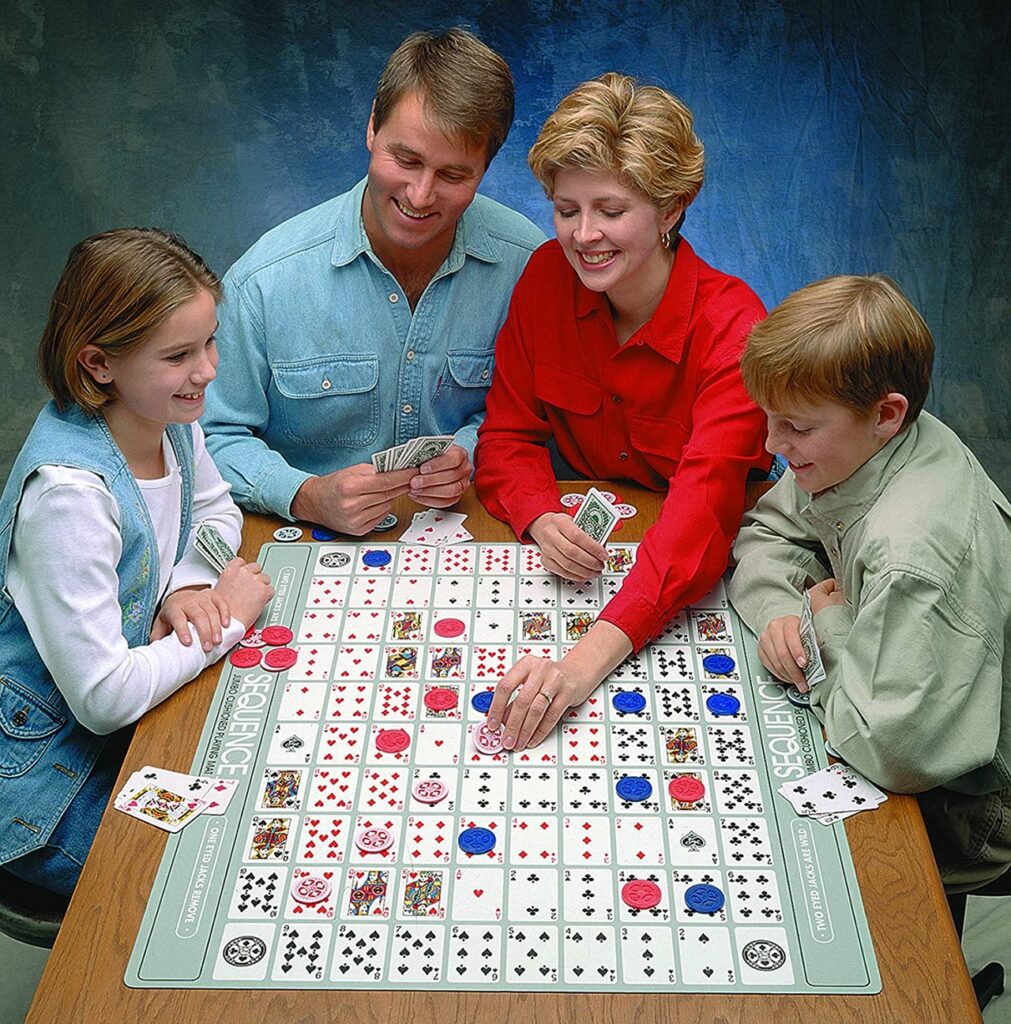 The game can be played individually but also in teams if there are more than three people playing. It starts with everybody picking one card from the card deck and letting the one with the lowest card deals the cards after shuffling them one more time. The poker chips come in different colours so each individual or team can pick their own colour to play with.

In order for a person or a team to win, a sequence must be completed. It can be one row of nine chips. And it’s crucial for the winner to announce the sequence. If not, it doesn’t count as a win.

IOTA cards are packed in a compact tin and are perfect for taking along on a trip or a day out in nature. You can put it in a bag and take it anywhere you want. It’s suitable for kids over the age of eight and a maximum of four players can play at a time. One round takes about 30 minutes of playing so if you’re more than four people you can take turns without having to wait too much.

You win when you arrange the cards in a grid while making sure the colour, shape and numbers are all the same or all different.

Don’t Forget About the Classic Monopoly

Monopoly is the most famous board game there is. It started as an educational tool that was supposed to explain the negative effect of private monopolies. It was later launched as a board game that gained great popularity and recognition. 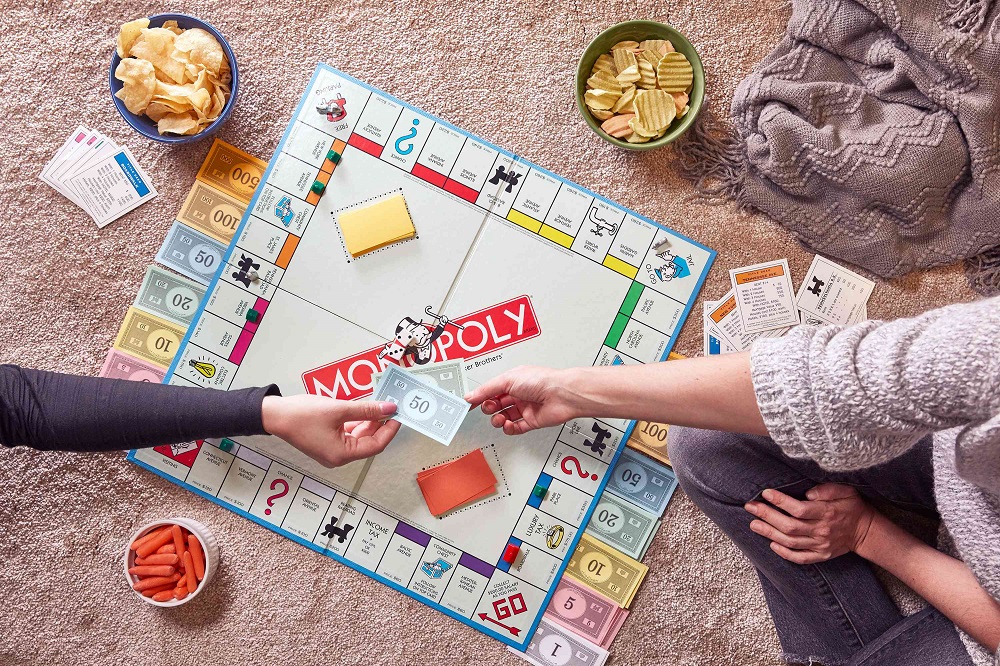 Two dices are included in the set and each player rolls the dice first before making any moves. The number you get on the dice is the number of fields you get to move forward with your pawn. Every field on the board is marked and represents a property that can be bought with money and on which you can later build houses and hotels.

There are also “Change” and “Community Chest” cards connected to the said fields. If you reach a field that says you can pick a card, you can earn money. You can also lose money if you’re out of luck. There’s also a jail field. Once you’re “in jail” other players skip you a couple of times until your “jail time” expires. Then again, you can pay bail money and continue playing right away.

If all the information sounds overwhelming, don’t worry. The Monopoly game has an instruction paper included, containing all the rules and the meaning of every field and every object inside the Monopoly box. Once you get a hold of it, you won’t be able to stop playing.