While model rockets have been around for decades, they have exploded in popularity in recent years. Model building is one of those hobbies that never seems to go out of style. Everything around rockets is cool in general, which is why building model rockets has been such a big trend in the past couple of years. It’s gained similar popularity to the likes of RC cars, and for very good reason. Building your own model rocket is incredibly fun and rewarding. 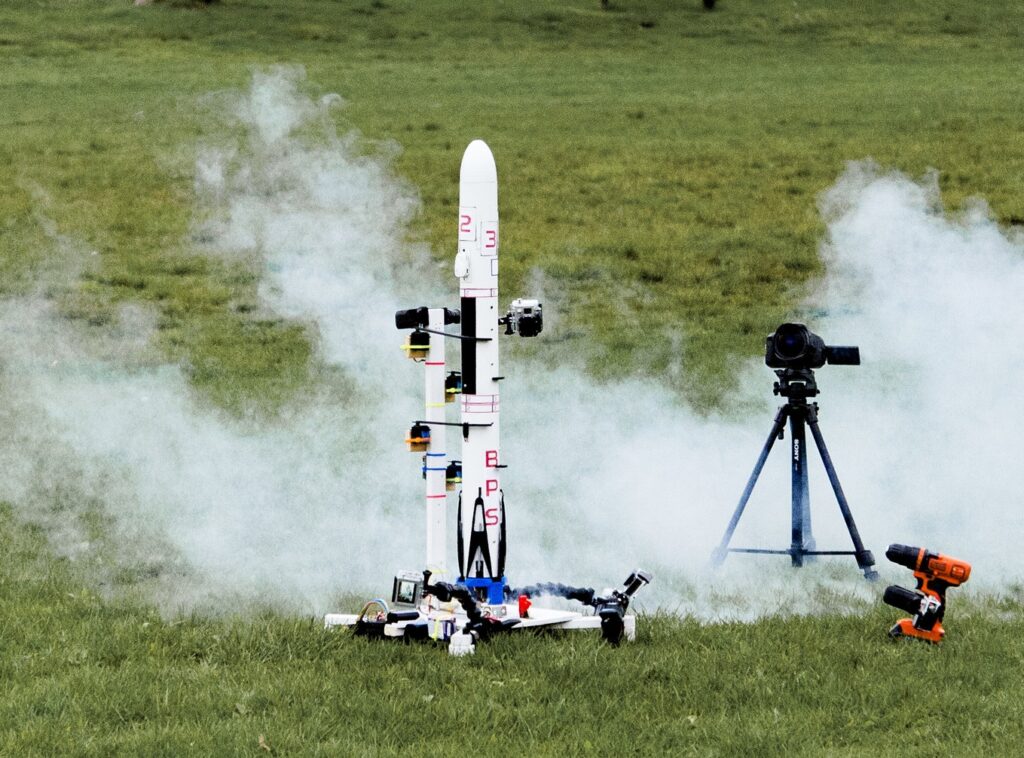 There’s a common misconception that model rocket kits are overly complicated. While that can be true, that will only be the case when you purposely get a rocket kit that is intended to be complex. If you choose to, you won’t even need to use a drop of glue. Model rockets are usually built out of cardboard, plastic, and balsa wood, and are typically powered by single-use motors that have been built specifically for model rockets. In some more advanced models, which are known as High Power Rockets, you might encounter some electronics. This means that model rockets have been engineered to be as safe and as user-friendly as possible, which is why rocket kits are so readily available pretty much everywhere. 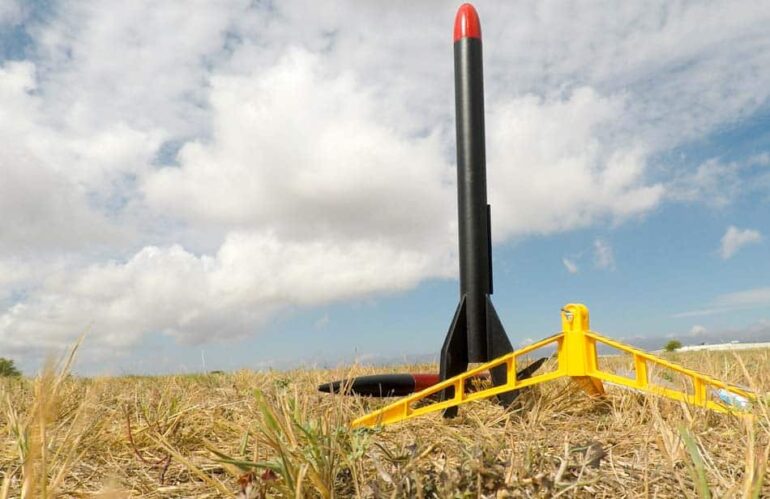 The good news when getting a model rocket ship kit is that pretty much all of its components are self-explanatory. In any case, you should be at least familiar with the parts before you start looking for a rocket kit for sale. 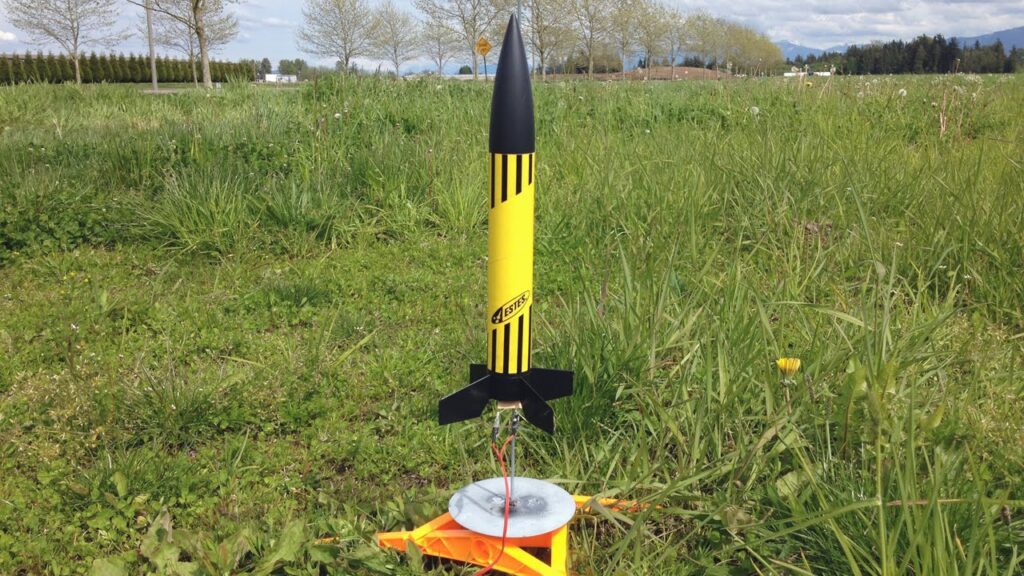 After getting your rocket making kit, you should immediately check if it includes every part. You can start building the rocket with either the rocket or the launch pad. If you start with the launch pad, you should start by attaching the legs to the hub and connecting the male and female pieces to the two pieces of the launch rod. Add the blast shield and attach the safety cap to the top of the rod. As for the rocket, start by attaching the nose to the body. If it doesn’t fit perfectly, you can gently sand off the edges of the nose, but make sure that it’s not too loose afterwards. Then, attach the parachute to the rubber strip that connects the nose to the body. In the end, just add the waddling, which will protect your parachute from ignition launch sparks, and you’ll be good to take your rocket to the launch site.

How Does a Model Rocket Fly 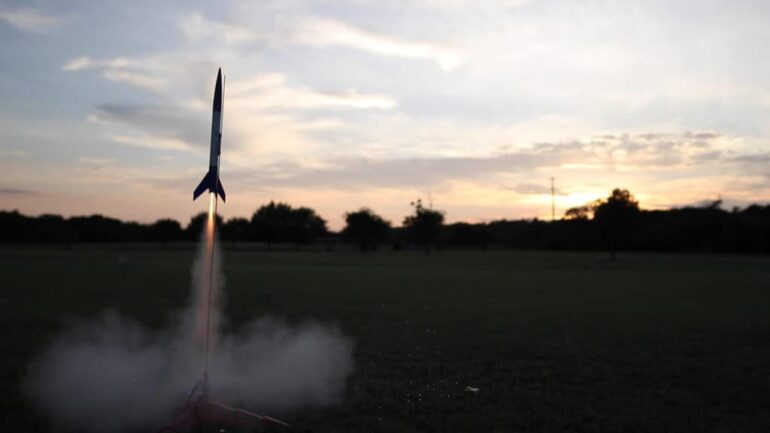 The basic principle behind the model rocket’s flight is burning the propellant through a nozzle that is located at the base of the rocket. This type of reaction causes a directional thrust that then propels the rocket towards the sky. However, a rocket will simply turn downwards if there aren’t any fins attached. The fins are created with the purpose of keeping the rocket continually pointing upward for as long as possible. Once you ignite the propellant in the motor by using the starter which creates a spark, the combustion pressure comes out of the motor, causing the rocket to lift off. Rockets can be flown over and over again, for as many times as you want, as long as nothing breaks in the rocket during flight or recovery. However, the motors and their starters can only be used once per flight, as they’re perishable materials. 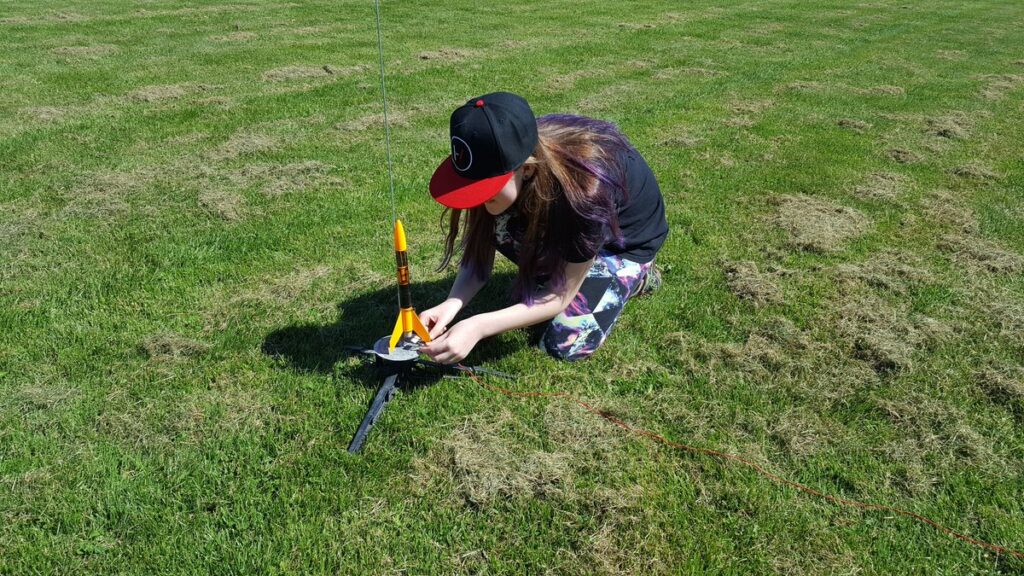 After you’ve built your model rocket at home and you understand how model rockets fly, you can take your finished rocket to a designated launch site. Just don’t forget that you shouldn’t launch rockets during strong winds. Once you’re at the launch site, set your launch pad on level ground and make sure that the launch rod is perpendicular to the ground. If there’s some light wind, point the rod slightly towards the wind. Put the engine in place and insert the joined wire end of the igniter into the engine’s small hole and hold it in place by inserting a plastic plug very gently. Then, you can slide the rocket down and remove the safety cap and attach the clips at the end of the controller to the igniter wires. Put in the safety key and you can start with the countdown. You should press the launch button only when it lights up, and if the rocket doesn’t immediately lift off, don’t approach it for at least a minute. If that happens, try changing the igniter, it’s usually the most common cause of failure.

Model rockets tend to be incredibly fun. They are just as exciting as RC cars and are even more involving because you spend a lot of time building them only to launch them in the sky as high as possible. They’re a great trend that won’t be going anywhere any time soon.