According to the latest studies, more and more people want high-tech features in their new cars, SUVs and trucks, but at the same time, they are highly dissatisfied with how the technology works. In the next year, we can expect a dramatic expansion of the existing tech, combined with new systems designed to make driving easier and safer. Here are some of the biggest car tech trends to watch for in 2015! 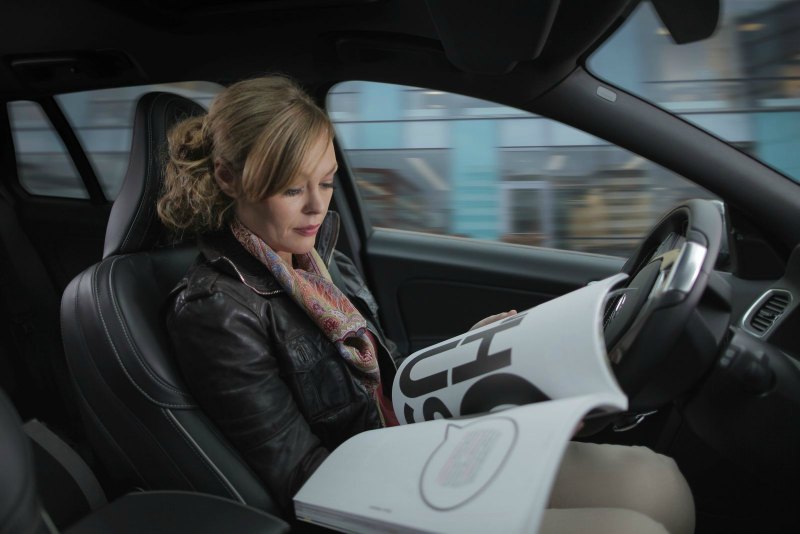 Fully automated, self-driving cars are unlikely to enter the mainstream for some time, but this hasn’t stopped car-makers and tech giants from experimenting with such technology. In fact, such cars are closer than we realize as we saw the unveiling of the Mercedes-Benz F 015 Luxury in Motion. The sleek four-door sedan with futuristic looks demonstrates Mercedes’ latest thinking on driverless cars. The concept features four swiveling seats that can face each other to create a moving lounge. The Mercedes F 015 also has doors with built-in touch screen panels and has a very roomy interior. The LED lights let other drivers know if the F 015 is in autonomous mode – blue – or being driven by a human – white light.

All new cars on the road must be equipped with sensors that will automatically call emergency services in the event of an accident. European legislators want to ensure that all new and modern vehicles will be equipped with these types of sensors named eCall, through 2015 – 2018.

More and more developers are releasing apps that are suitable for drivers. From mapping, community-driven traffic alerts to weather reports, we are likely to see this trend continue this year also.

These new smartphone integration platforms can connect your device to an onboard infotainment system and transform it into a version of your smartphone’s operating system. For example, if you have an iPhone 5S and you also have a car supporting CarPlay, like the 2015 Honda Civic, you can connect your phone and CarPlay in combination with Siri Eyes Free voice recognition technology. That way, you can have an easy access to your phone’s most useful features, such as voice texting, surfing your music collection and getting directions.

Even though some major automakers such as BMW, Audi, Mercedes-Benz, and Chrysler have started offering Internet access to some selected models, General Motors has effectively mashed the technology accelerator all the way to the floor for 2015. This year, almost all of General Motors’ cars, SUVs and trucks will be equipped with the latest OnStar subscription services technology, including Wi-Fi Internet connection and 4G LTE. Not all models will get the new technology, but the vehicles equipped with this technology will provide three months of service and three gigabytes of data for free. On a road trip, for instance, people, who aren’t driving, could watch a movie, play games or check email, as the system can stream to as many as seven devices.