As a tool, the knife has long been present in human history, its oldest traces leading back to two and a half million years back in the past. Its evolving to the current look took centuries to develop, from the bones, rocks, flints and ceramics to metal. Knives were quite a versatile tool, used for cutting and spearing primarily, as well as for pricking. It is not an exaggeration to say the invention of knives was a crucial part of human evolution, as they were and still are an important component of the eating process and preparation of meals.

While they serve as a kitchen tool, they also serve as a defence gadget and part of the basic equipment of soldiers, hunters, and hikers. Back in the days of Baroque, the increased use of knives brought to high levels of violence so much so that the French Sun King Louis XIV, in a protective attempt, declared the use of pointed knives as illegal.

As is the case with all objects, sooner or later because of constant use, a knife will lose its primary state which will affect its function. To avoid spending endless amount of money on constantly renewing your knifing section, it is advisable to include a sharpening stone among your collection of utensils. Since you will come across a great variety of sharpening stones, here are two crucial things to guide you through the sharpening stone purchase. 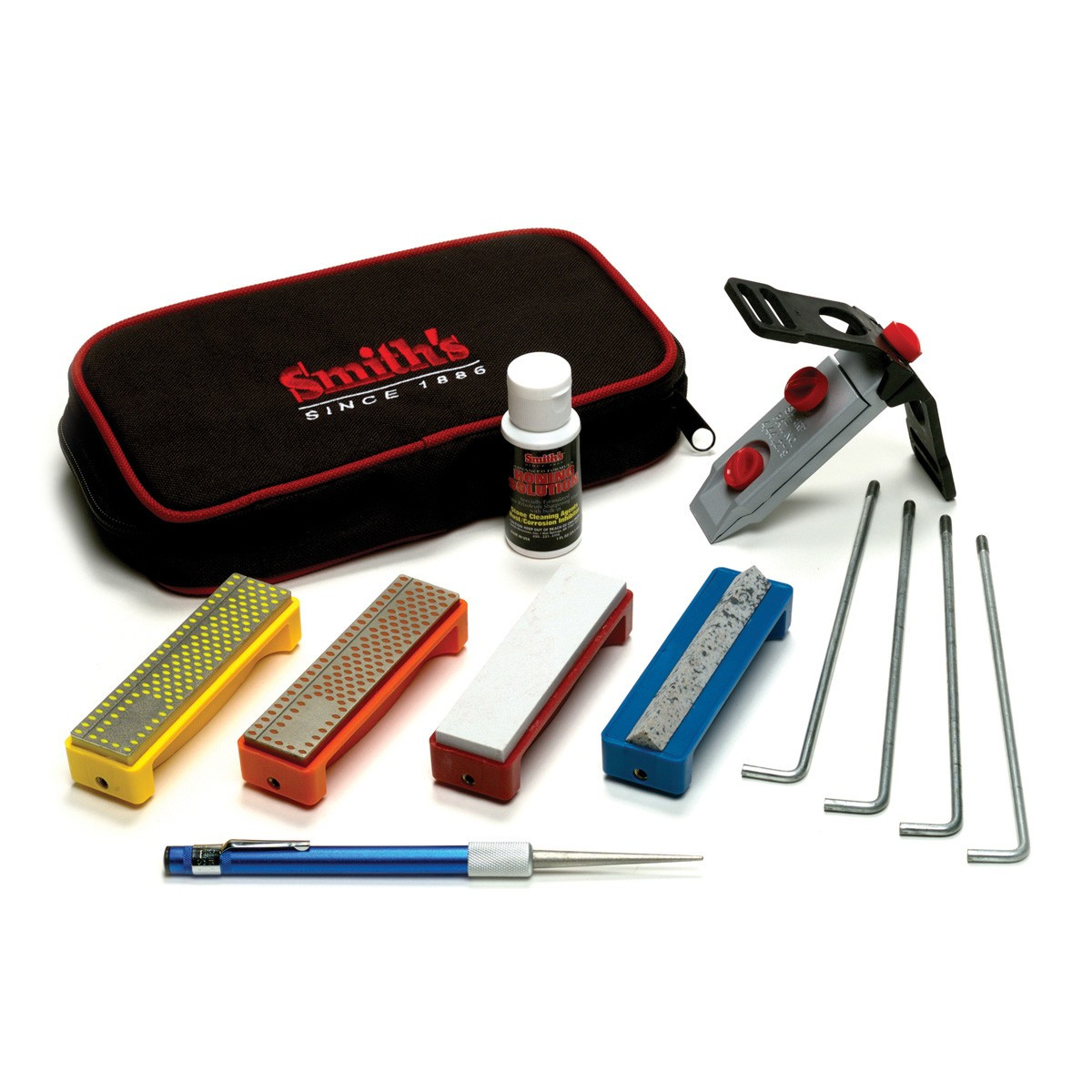 When you look more into the different types of stones for sharpening, you will see there are more to be found than you might imagine. To be able to make the right choice, learn a bit more about each type of material that a sharpening stone is made of. The most common types of sharpening stones you will find are: diamond, oil and water stones.

Diamond stones, as you might guess from the name, contain diamonds on a metal plate. The sharp surface of a diamond is known as a hard cutting abrasive, so this type of stones is considered much harder, if not the hardest, of stones for sharpening there is. Because of the fast and easy sharpening they provide, they are slightly costlier than other stones but all this is reflected to the performance and durability. When you invest in quality sharpener, you can rest assured it is an investment that will pay off. Smith’s 8” Diamond Tri-Hone with its unique overlapping hole design and micro-tool sharpening pad for small tools makes for a speedy sharpening.

Oil stones are the basic, most widespread sharpening type of stones to be found. Oil is used for removing metal filling and they can be made from either Novaculite or Aluminium Oxide, as well as Silicon Carbide, with Aluminium Oxide being the fastest choice. While they are economical, when compared with the sharpening speed of diamond stones, oil stones have a rather slow cutting rate.

Water stones can also be made from Aluminium Oxide but, unlike oil ones, have a faster cutting rate and they are softer than some oil stones which is what makes them gain in speed. The only problem with this kind of stones is the softness property makes them wear off.

Equal in importance as the materials, you have to be clear on what you need the sharpening stone for. Is it for smaller knives or bigger ones? Do you only use the knives in the kitchen, or do you find the use of them outdoors as well in helping you with your gardening chores for instance? Certain types of knife sharpeners have evolved so much from the simple role of sharpening, so a model such as Smith’s Pocket Pal X2 Sharpener and Survival Tool is a combination of many tools and along with its long-lasting cutting edge, the LED light feature will provide you with all the light you need and the compass and whistle make this sharpener the survival companion gadget to your outdoor activities.