Floodlights are compact lighting fixtures that emit a broad white beam of light, which as the name suggests, literally floods an area with light. These lights are usually found in large and open areas that require a high level of visibility, such as parking lots, warehouses, railways, docks, security perimeters, etc.

Even though this might make floodlights seam heavy-duty industry-only lighting solutions, the truth is that they’re also used for backyard and porch illumination and can be small, lightweight, compact, not to mention virtually inexpensive. So, no wonder that as of late, floodlights have become a trend in residential outdoor lighting. This holds especially true for LED flood lights which have a higher lumen per watt output than any other conventional lighting system. Let’s see how these illumination solutions work and what are some of the reasons why as a homeowner you’d want to check out the flood lights LED range. 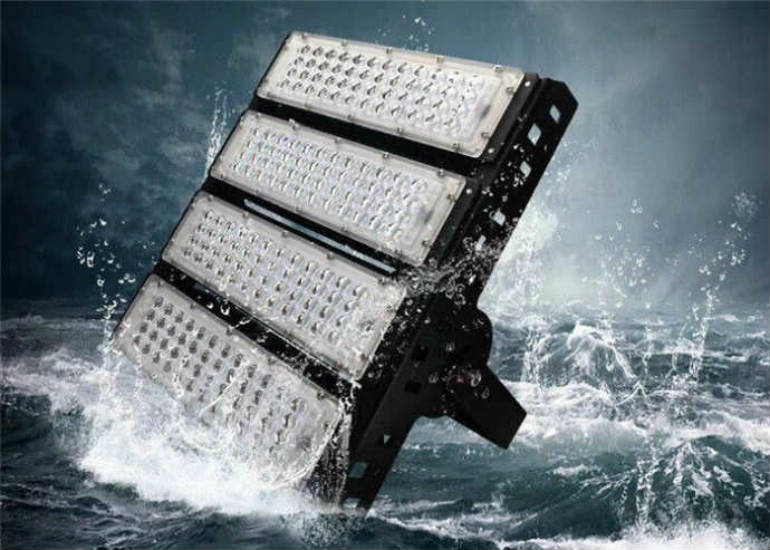 How Do Floodlights Work?

The way floodlights produce such a bright, almost day-like, beam is by using reflection. The light source is placed in the middle of a geometrically well-defined fixture, the walls of which are coated in a reflective material. This optimisation allows most of the light source’s output to be directed, reinforcing the light beam and making one small bulb shine like the sun.

What Are the Benefits of LED Floodlights?

LEDs are a popular trend in lighting, and floodlights are no different. LED or Light Emitting Diode is an electronic device that produces light when voltage is applied. Unlike regular light bulbs, LEDs don’t heat up. Instead of radiating black body radiation, which is very wasteful, LEDs produce discrete spectrums of light without wasting excess power.

When it comes to the subject at hand, the floodlights’ LED is no exception. Placed in the centre of the reflective structure, an array of LEDs produce light that is continuously reflected, forming a flood of light. The reflective fixture is usually made from a low weighing durable metal, like aluminium and a front-facing glass shield, with an interchangeable PC (Polycarbonate) lens for customizable lighting spread. LED floodlights offer an array of benefits unrivalled by other lighting devices.

With all these factors in mind, LED is the optimal lighting technology for any and all outdoor lighting needs. They come in different sizes and power outputs, ranging from small 15W 1700lm LEDs, all the way to massive +460W 66000lm outdoor lighting systems. Smaller options do exist that function on the same principle, though it’s up to semantics to conclude if these sub 15W LEDs are in fact floodlights. All and all, LEDs are hands down the winner in the floodlights wars, but, we should also examine their halogen counterpart for comparison.

Same as with the flood light LED models, the halogen floodlights are light sources, placed in a reflective fixture, the difference being that they use a filament-based bulb. Halogen lights work on a similar principle to filament lights, with the exception that the bulb is not in a state of vacuum, but is full of inert gasses and some halogen elements in vapour form. This environment produces a halogen cycle that constantly redistributes vapours in the gas and the filament to not only produce a stronger light source but to also extend the life of the filament.

Though definitely better than vacuum filament bulbs, halogens still don’t cut the mustard like LEDs do when it comes to floodlights. For starters, halogen floodlights though cheaper, have a much shorter life span. They also release a lot of heat and waste more electrical power.

With all of this in mind, the reason why LEDs dominate when it comes to floodlights is obvious.

With this article coming to a close, we’ll leave you with a checklist of what to look for when purchasing floodlights for your outdoor needs. 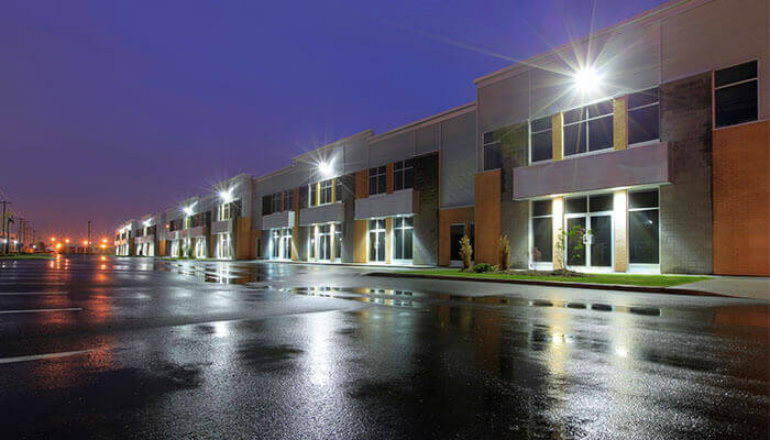 This indicates the distance the light covers. Overshooting your range means that you will get too much brightness for your space. As a result, this will lead to you lighting up the entire neighbourhood, making it visible from space.

Standing for “ingress protection”, this is a rating that shows how resistant the light is in the face of weather elements. The IP rating consists of two numbers, the first of which shows how much protection the fixture has against solid elements (debris and such) and the second of which shows the protection of the flood light against moisture. These two numbers combined give you all the IP information you will need to know what flood light to buy for which location.